As we all know, Easter is traditionally a holiday centered around full-contact no-holds-barred athletic competition. (Wait, no? Really? That’s not a generally accepted way to celebrate the mystery of our faith? Weird.)

Get Your Head in the Game

Our family has never been one to break tradition so we fully embraced the sport. To do a proper Easter egg hunt at our house there were several steps:

1) My brother, Tom, and I had to change out of church clothes into athletic gear. Soccer uniforms were a good choice because of the cleats and shin pads. Helmets weren’t required, but recommended.

2) After gearing up, we had to hide in the basement playing Mario Kart while the Easter Bunny hid the eggs. I’m still not sure why he couldn’t have just come the night before, or while we were at church, but whatever. Any reason to hit Toad’s Turnpike is a good reason. 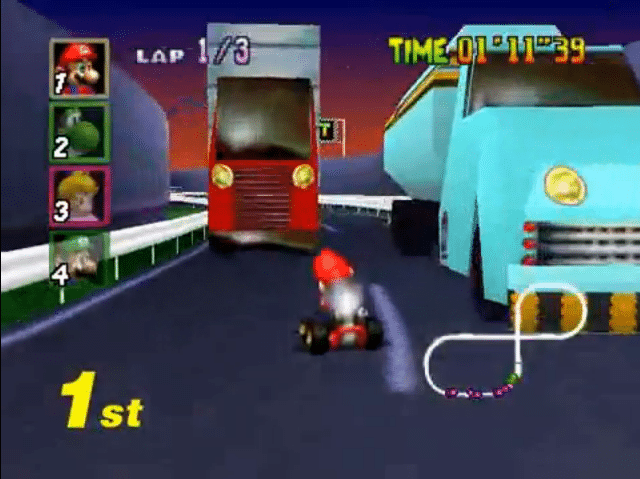 Actually Toad’s Turnpike was terrifying. I should have picked Koopa Troopa Beach. #regrets

3) When we were released from the basement we could go into the holding cell (the living room) but were not allowed outside until the refs (Merm and Pop) were in place and the cameras were rolling.

Let’s Get Ready to Rumble

4) Then we could go out onto the deck with our bags. I’m sure in our early years we used Easter baskets but once the sport got intense you were really better off with a plastic grocery bag. Less wind resistance, more egg security.

(Oh, I didn’t mention that we egg hunted into our late teens and twenties did I? I guess that’s relevant.)

5) The yard scanning started as soon as we hit the back deck. The Easter Bunny is clever but there were some tried and true hiding spots so it was good to scope those out fast to determine your best route. Picture Katniss at the Cornucopia.

6) When the gun sounded (there wasn’t actually a starting gun but I don’t know why – there should have been a starting gun) we were off. There were no rules so hip checks at the start were usually involved. One year when Tom was finally taller than me he picked me up over his shoulders and starting grabbing eggs while I kicked and screamed like a tantruming toddler.

7) Out on the battle field is where things got real. Slide tackling was fair game. Once I got thrown into a patch of briars. In my future husband’s first year (yes, Glen participated, of course he participated) he and Tom broke the railing off the deck. 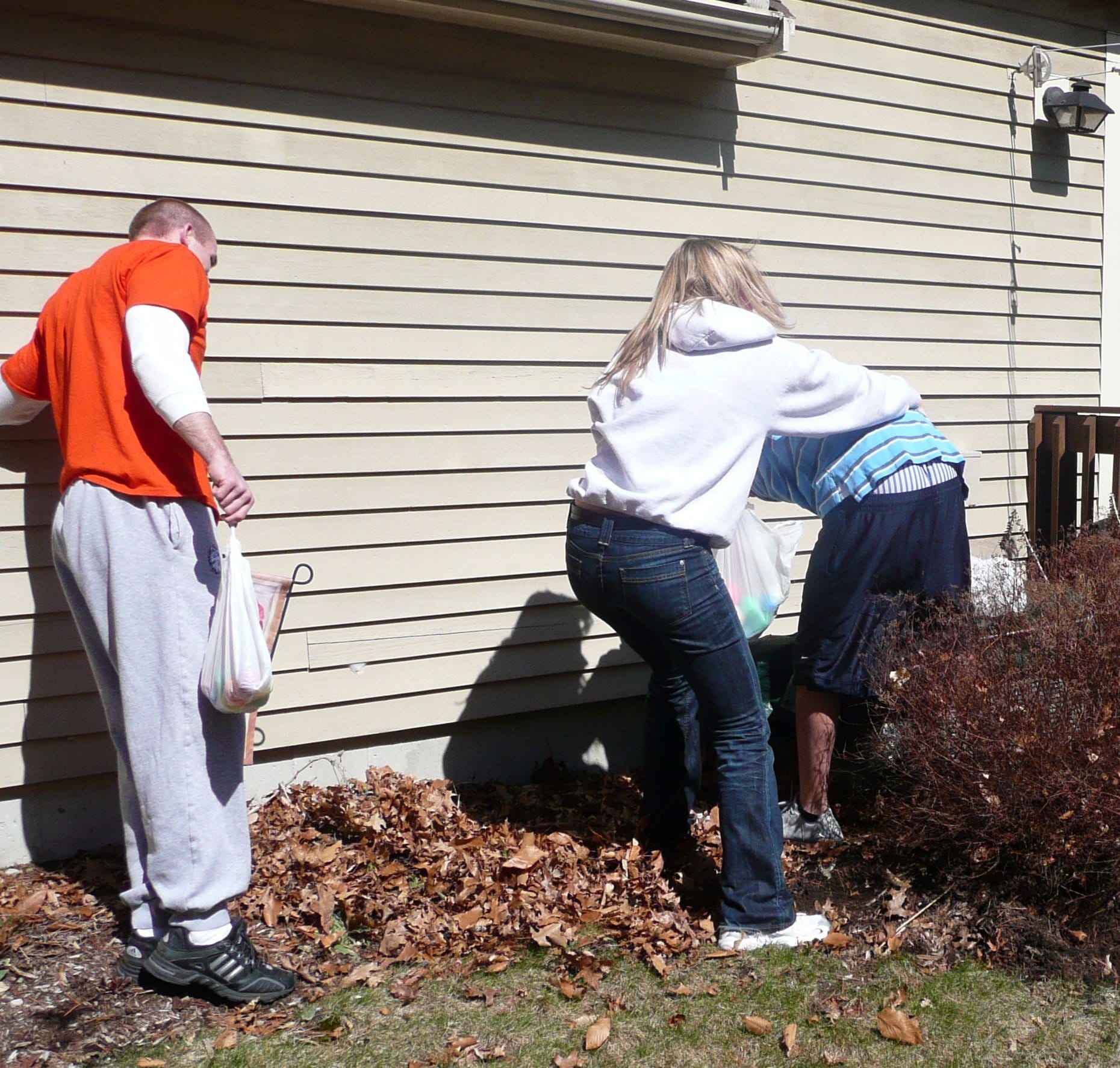 Don’t let Glen’s calm demeanor in this picture fool you. Moments later he was airborne.

To the Victor Go the Spoils

8) Once my parents determined that all of the eggs had been collected, according to the Easter Bunny’s detailed records, we got out the ice packs and ace bandages and made the official count to crown the victor.

With battle scars and the hopes that the odds be ever in your favor this Sunday,