Both of my kids are learning to ride bikes right now. Jack is on a balance bike

and Norah is rocking a tricycle

. I’m all for getting them onto their various modes of fresh air transportation and seeing them embrace their independence. There is a certain freedom about coasting on your own wheels and propelling your body forward into the great blue yonder.

But at the same time the very idea of getting on a bike makes me want to throw up in my mouth a little.

Jack was in the basement and saw Glen’s bike up on the rack. He thought that was super cool and asked if Daddy could go on a bike ride with him. Aw, melt my all-American apple pie heart. Sure pal! But then he asked me where my bike was and it took all my strength not to say “in the seventh circle of Hell where it belongs” and instead say, “oh, I don’t have one.”

I learned how to ride a bike growing up. And I’m pretty sure I won a bike decorating parade contest once. Or my parents gave me a participation ribbon. Either way. I could ride a bike.

Fast forward a few years and suddenly roller blades were all the craze so my transportation method changed to something more totally rad. And then I started caring more about how wicked cool I did or did not look and didn’t want to wear a helmet, and I wasn’t allowed on the blades or the bike without it. #GoodParenting

Through my teens I was playing sports (high school) and eating buffalo chicken wraps (college) so bike riding just wasn’t a top priority for me. That was fine though. I mean, “it’s just like riding a bike.” If I wanted to get back on the bike, I could do it.

Except I totally couldn’t get back on the bike.

If You Like Pina Coladas, and Protecting Your Brain

My family went on a vacation to Cancun during my freshman year of college because WOOOO Family Spring Break!!! Instead of sitting on the beach for 7 days we decided to take a couple little excursions, which was the first mistake. Please just sit on a beach in Cancun.

One of the excursions was a bike ride to a zoo. We rented four bikes and felt really proud of ourselves for taking a break from pool side Pina Coladas. Merm, Pop, and Tom all hopped onto their bikes and kicked the cobwebs off their bike riding skills in about 4 seconds because “it’s just like riding a bike.”

But then I tried to get on the bike. And immediately fell over. Then tried to get back on the bike again thinking maybe I was just a little Pina Colada residual buzzed. And then I fell over again, and realized it was 3pm, I hadn’t had a fruity beverage in 24 hours and “it’s just like riding a bike” is patently incorrect. You can definitely forget how to ride a bike.

Shouldn’t these wheels be thicker? Is my body just disproportional? How does physics work? Why are we doing this??

Beam Me Back, Scotty

348 hours later I was still there trying to get on the damn bike. At this point my ancestors came down from the heavens and picked up my broken body and Angels In The Outfielded

me down the road. There is no other explanation for how I got to the zoo on that bike.

The point of this story – if God wanted us all to ride bikes then he wouldn’t have invented Pina Coladas, cars, or sitting.

Also, Glen asked if I wanted a bike for my birthday and I don’t think my look of horror persuaded him enough not to do that. So, no, this post isn’t going to magically transition into something meaningful about learning lessons or revisiting your youthful spryness. It has a pretty singular, very literal purpose. 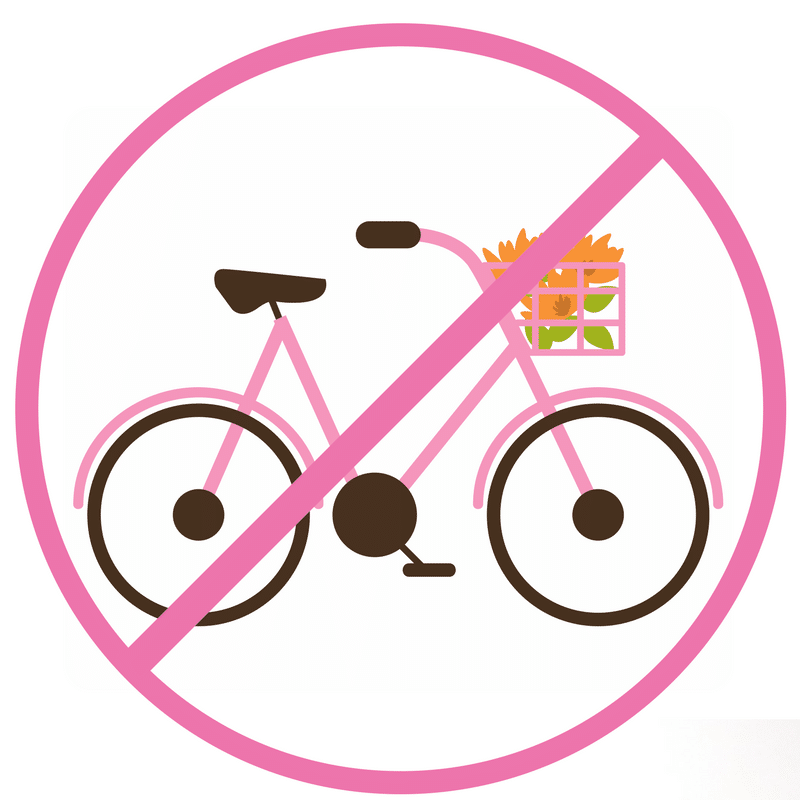 With genuine concern about how I’m going to successfully interact with my own family in 4 years when they are all riding circles around me while I cry, Career Coach | Mom | Writer
Welcome to With Love, Becca! I'm a career coach, working mom of two, and writer dedicated to helping women find more fulfillment and joy in their work and lives. Stick around for resources (and lots of humor) to help you manage motherhood, manage careers, and manage to laugh through it all.
Learn More